This undated file photo shows former chief of staff to then Prime Minister Joseph Muscat Keith Schembri, in Valletta, Malta. On Saturday, March 21, 2021 Schembri, who was investigated by a journalist later killed by a car bomb, has been arraigned in a Maltese court on charges of money-laundering, fraud and corruption. (AP Photo/str, file) 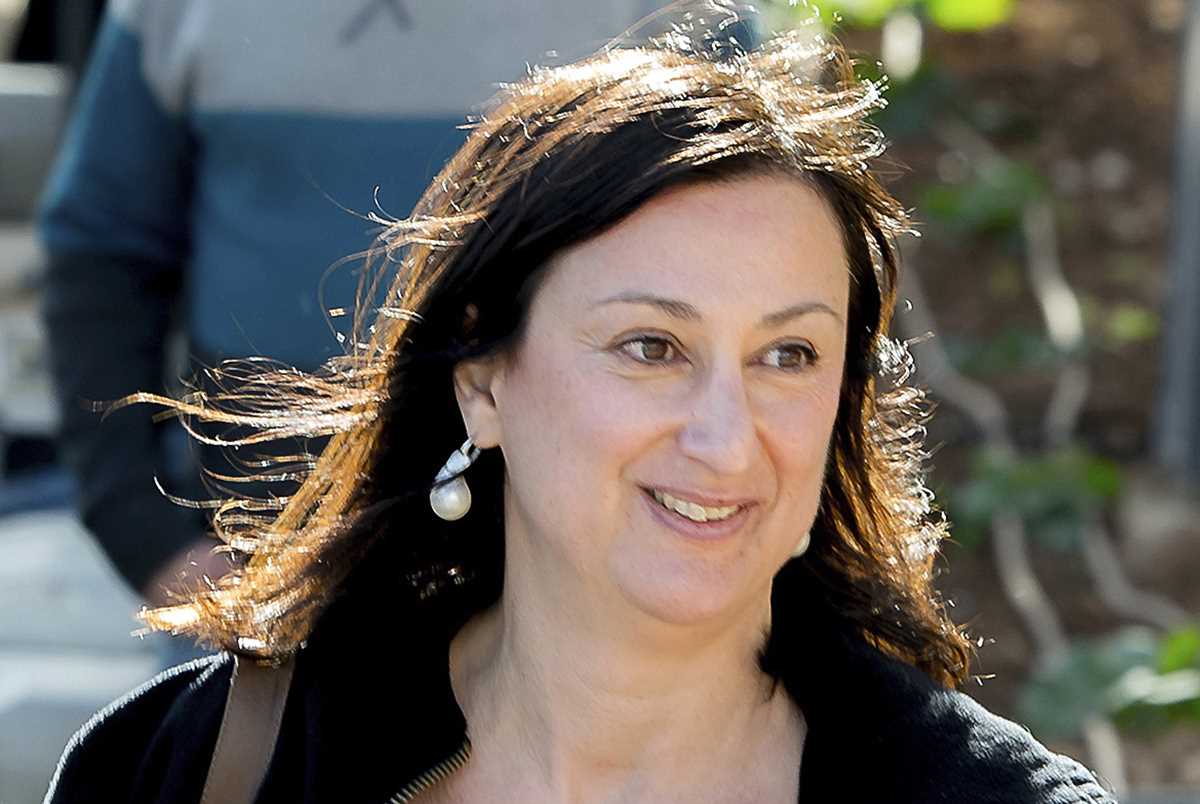 This April 4, 2016 file photo shows Maltese investigative journalist Daphne Caruana Galizia, who was killed by a car bomb in Malta on Oct. 16, 2017. A former top government aide in Malta, Keith Schembri, who was investigated by Galizia, later killed by a car bomb, on Saturday, March 21, 2021, was arraigned in a Maltese court on charges of money-laundering, fraud and corruption. (AP Photo/Jon Borg, File) 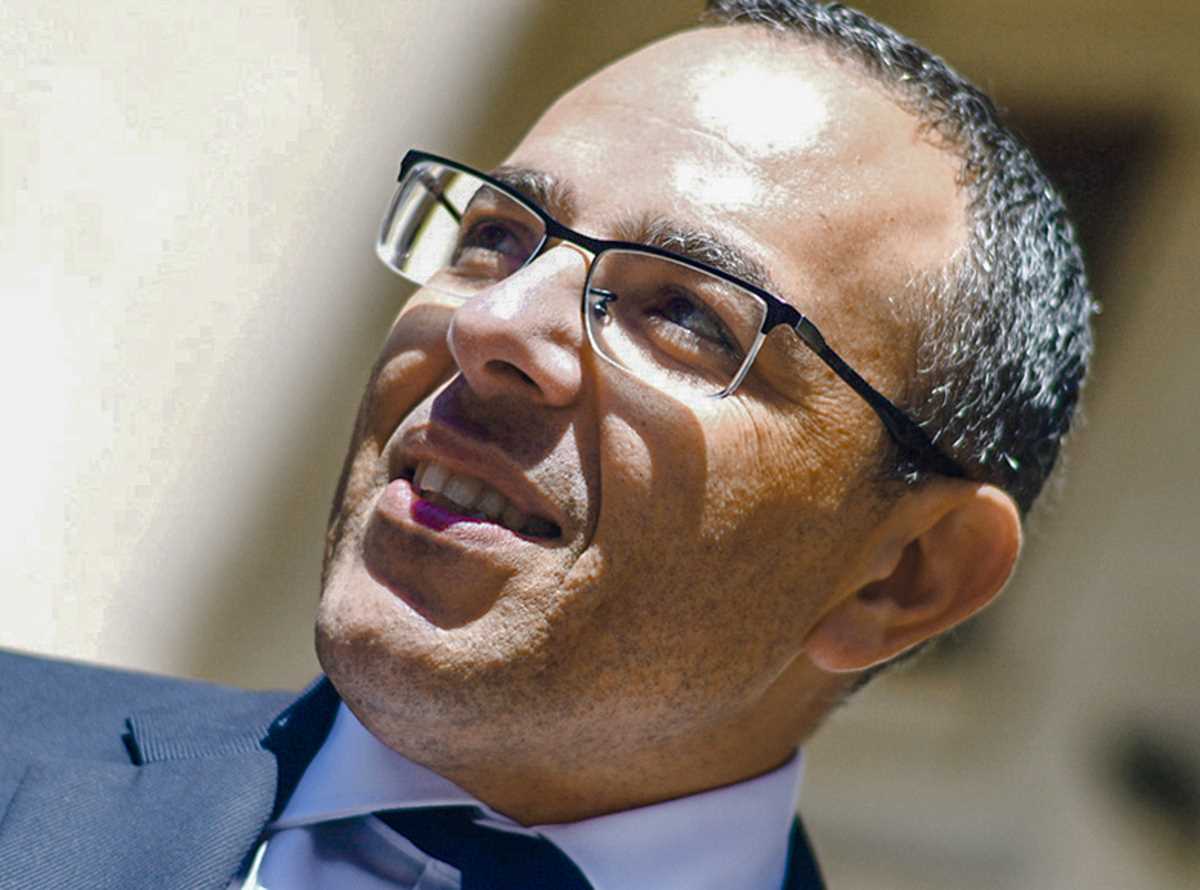 This undated file photo shows Malta Prime Minister Joseph Muscat’s former chief of staff Keith Schembri. Keith Schembri, a former top government aide in Malta who was investigated by a journalist later killed by a car bomb has been arraigned in a Maltese court on charges of money-laundering, fraud and corruption. (AP Photo/File)

ROME (AP) — A former top government aide in Malta who was investigated by a journalist later killed by a car bomb has been arraigned in a Maltese court on charges of money-laundering, fraud and corruption.

Keith Schembri, who was chief of staff to Prime Minister Joseph Muscat, entered a not-guilty plea to the charges, which stem from an investigation of alleged financial crimes going back years.

Schembri, for years one of Malta’s more politically influential figures, was denied bail and jailed after Saturday’s arraignment. Also arraigned were 10 other defendants.

Maltese government officials on Sunday confirmed the development in the case, widely reported by Maltese media. Schembri resigned from his job in 2019. Muscat himself resigned shortly after.

Maltese investigative journalist Daphne Caruana Galizia implicated Schembri in cases of alleged corruption before she was killed in Malta in 2017.

Schembri stepped down from his government post after media reports linked him and two then-ministers to the probe of the bombing. Schembri and the former ministers have denied any wrongdoing.

One of the late journalist’s sons, Paul Caruana Galizia, in a tweet called Schembri’s arraignment “just extraordinary.” He added that the defendant for years had “accused my mother of using forged documents to implicate him in corruption cases.”

In her blog, the journalist wrote boldly about corruption and investigated the financial affairs of Maltese politicians and business figures. Caruana Galizia had written that corruption was rife in Malta’s business and political circles. She had reported receiving threats shortly before she was slain.

The Daphne Caruana Galizia Foundation, a non-profit organization which, in its words, fights “for justice and truth,” said: “Prosecuting Schembri today brings us a step closer to a Malta where no one is above the law,” — adding that ”is the country Daphne fought for.”

Investigation of Schembri grew in part out of a request for inquiry by a political opposition leader, Simon Busuttil, in 2017. Busuttil had alleged deliberate inaction by Maltese police.

But the arraignment also stemmed from a separate inquiry by magistrates into claims of alleged kickbacks from the sale of passports involving Schembri and his financial advisors, Maltese media said.

Malta’s loose financial and banking rules combined to make the Mediterranean island nation an attractive place for money launderers. Part of the 2016 leaks of the so-called Panama Papers alleged that offshore financial structures had been set up for Schembri and others.

Muscat’s successor, Prime Minister Robert Abela, was asked on a TV program in Malta on Sunday about whether the Muscat government’s defense of Schembri at the time reflected the national interest.

Abela sidestepped the question, replying “I can only answer for what I did,” the Malta Independent quoted the current leader as saying.

Last month, one of three men accused in the bombing that killed Caruana Galizia as she drove near her home on the island nation changed his plea to guilty and was sentenced to 15 years in prison. He had been accused of detonating the bomb.

Two co-defendants accused of detonating the bomb have kept their not-guilty pleas, and separate court proceedings against them are continuing.

In 2019, 10 days after he was arrested while sailing from Malta on his yacht, a Maltese hotelier was charged with being an accomplice to causing the blast.

The killing triggered international calls, including from within the European Union, for accountability.

If you are looking for the next hot growth market, a market at the intersection of multiple secular trends, look no further than the EV market. Electric vehicles. It may not sound like much, but the days of EV as a fringe market are over.

Think about this. There is an average of 90 million vehicles sold annually. That’s units, not dollars, total sales of vehicles topped $3.1 trillion in 2019, and the number is expected to grow over the long-term.

The EV market is less than 3.% of global vehicle sales, but it’s growing. EV is expected to account for more than 50% of the total auto-fleet by 2050, and that target could be reached much sooner if battery technology advances.

When it comes to the EV market, it’s a “rising tide lifts all ships” kind of market, but there are still some clear winners to focus on.

View the “8 EV Stocks To Electrify Your Growth Portfolio”.

The Latest: Minnesotan charged with attacks over mask demand

ByteDance says it has no immediate plans for public listing Reuters via biedex.markets

© Reuters. FILE PHOTO: Man walks by a logo of