A government worker wearing personal protective equipment guards at the closed area in Jordan district, in Hong Kong, Sunday, Jan. 24, 2021. Thousands of Hong Kong residents were locked down Saturday in an unprecedented move to contain a worsening outbreak in the city, authorities said. (AP Photo/Vincent Yu) 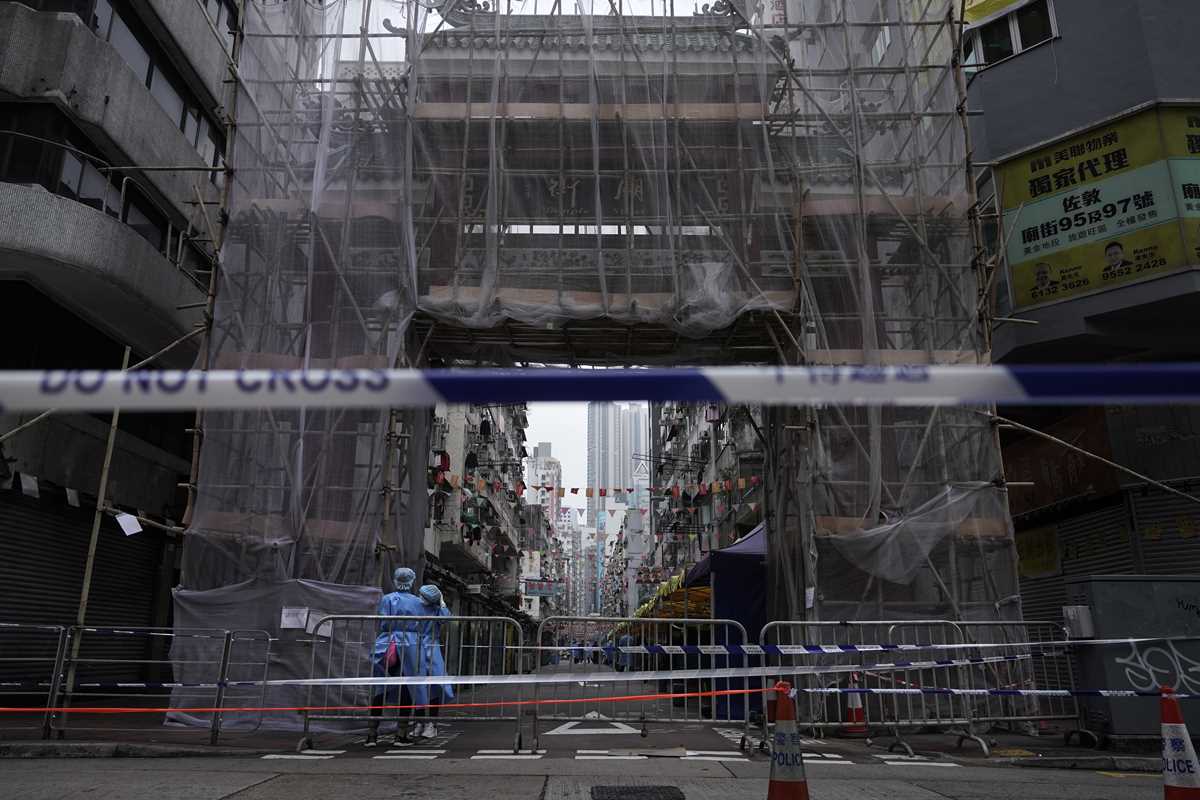 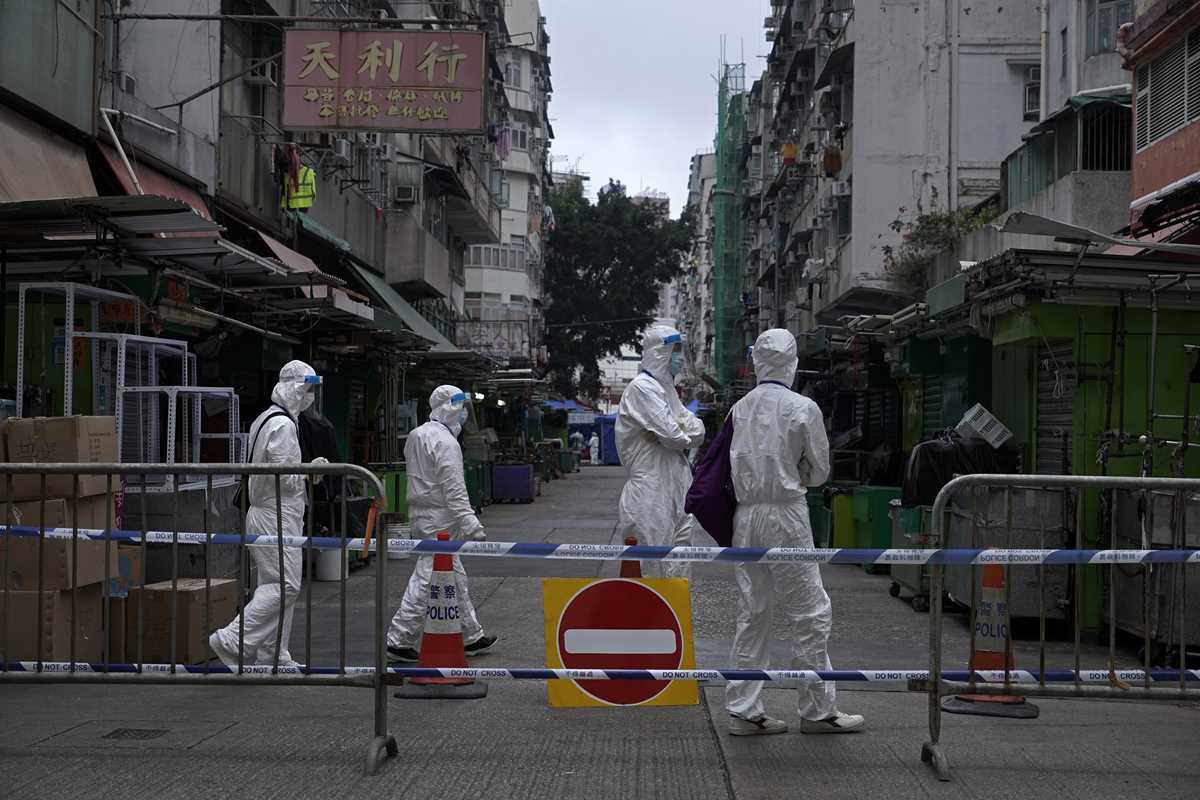 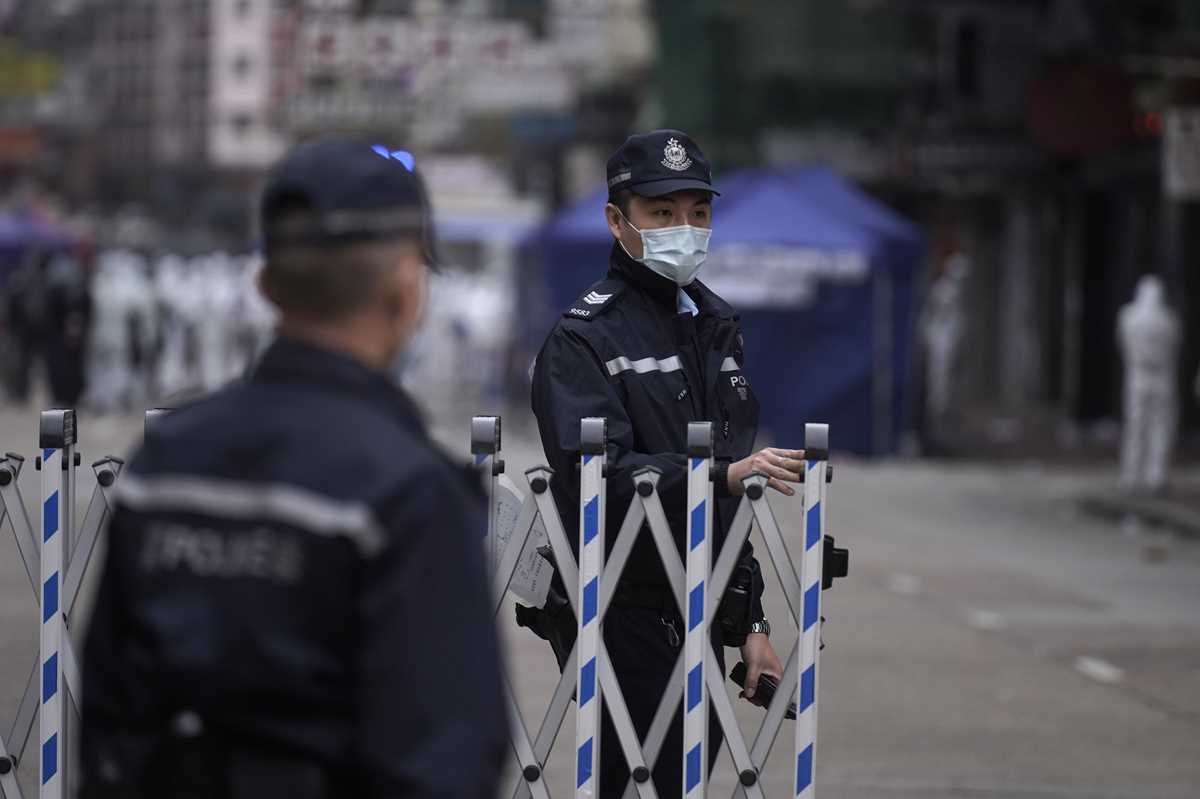 Police officers stand guard at the closed area in Jordan district, in Hong Kong, Sunday, Jan. 24, 2021. Thousands of Hong Kong residents were locked down Saturday in an unprecedented move to contain a worsening outbreak in the city, authorities said. (AP Photo/Vincent Yu) 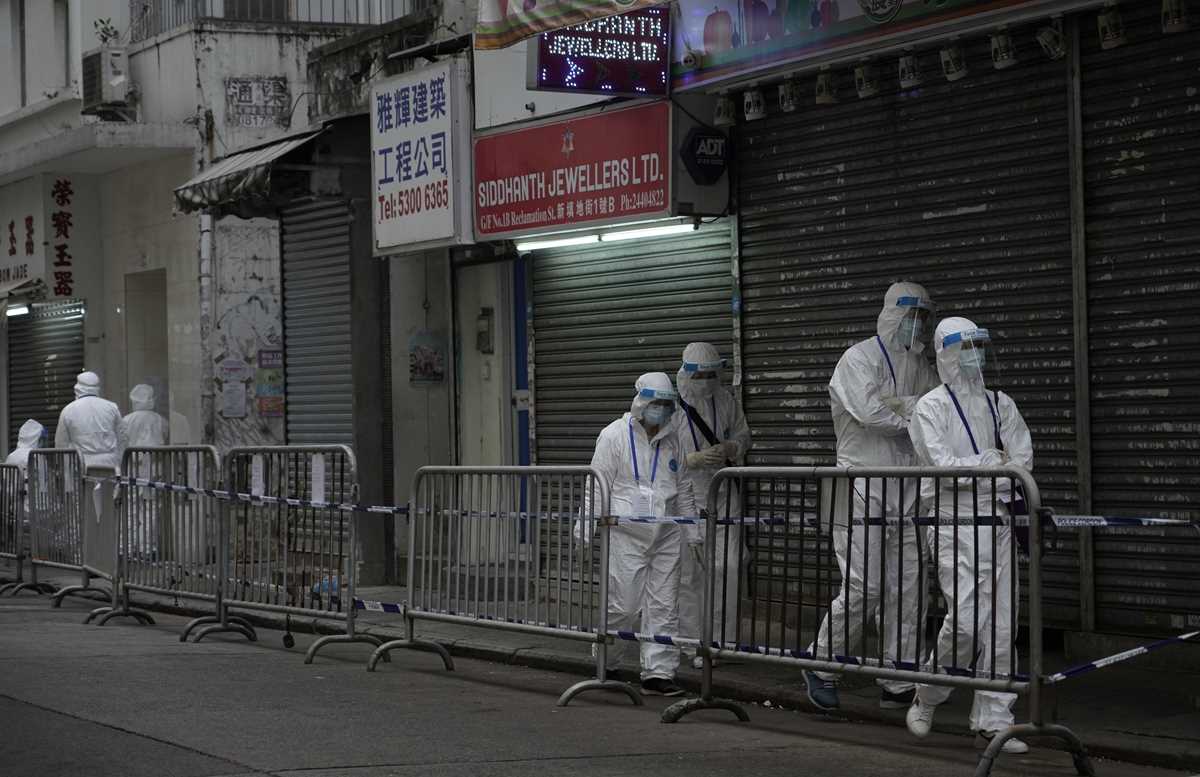 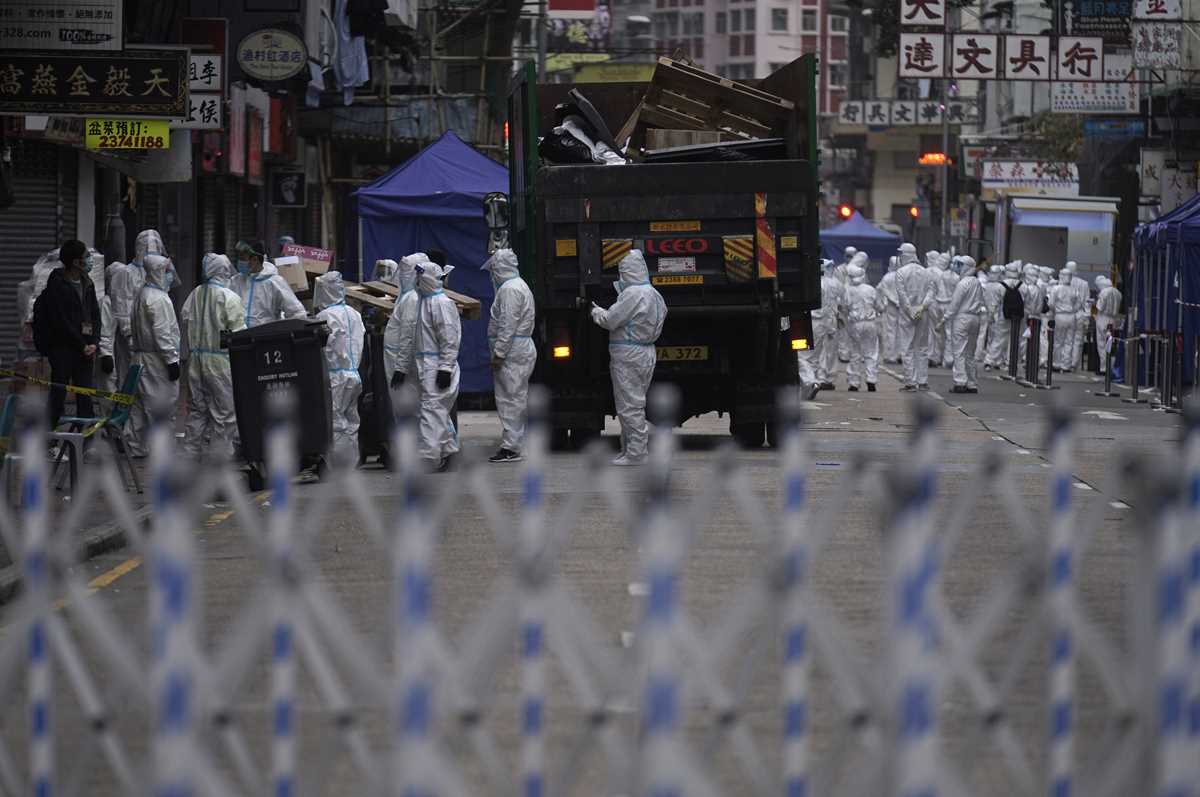 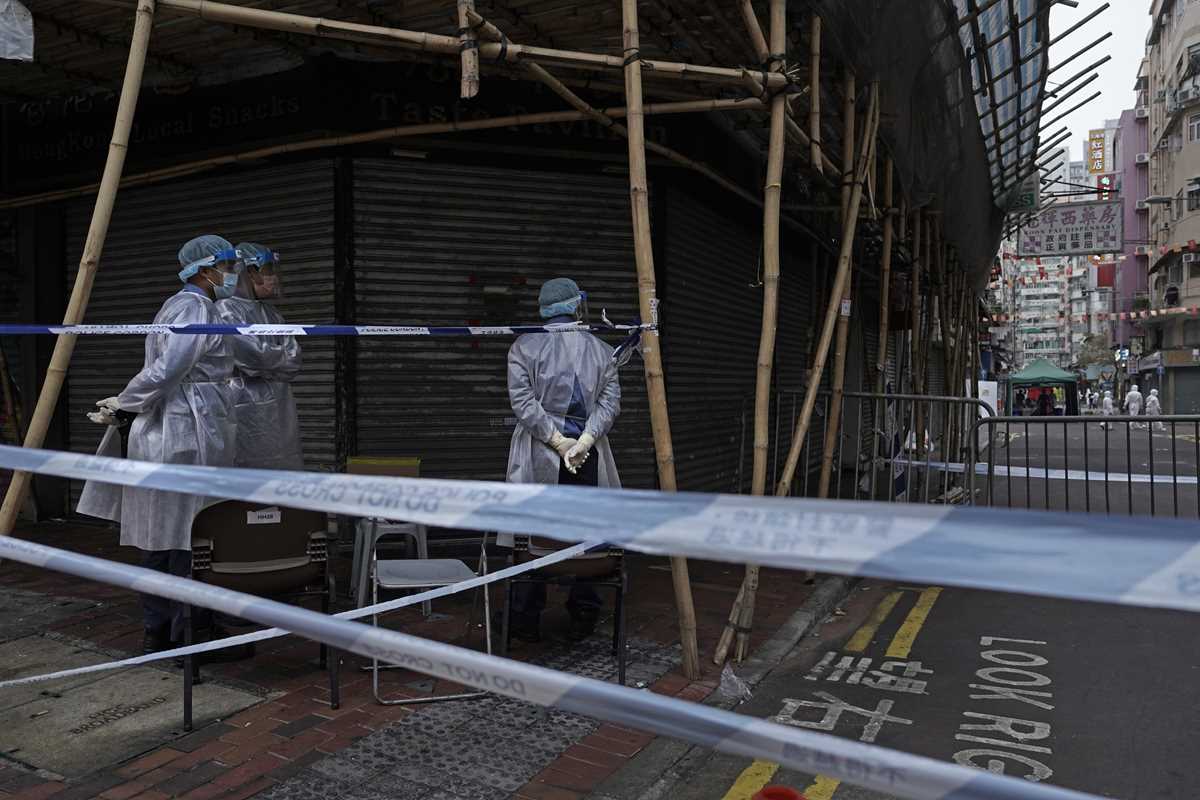 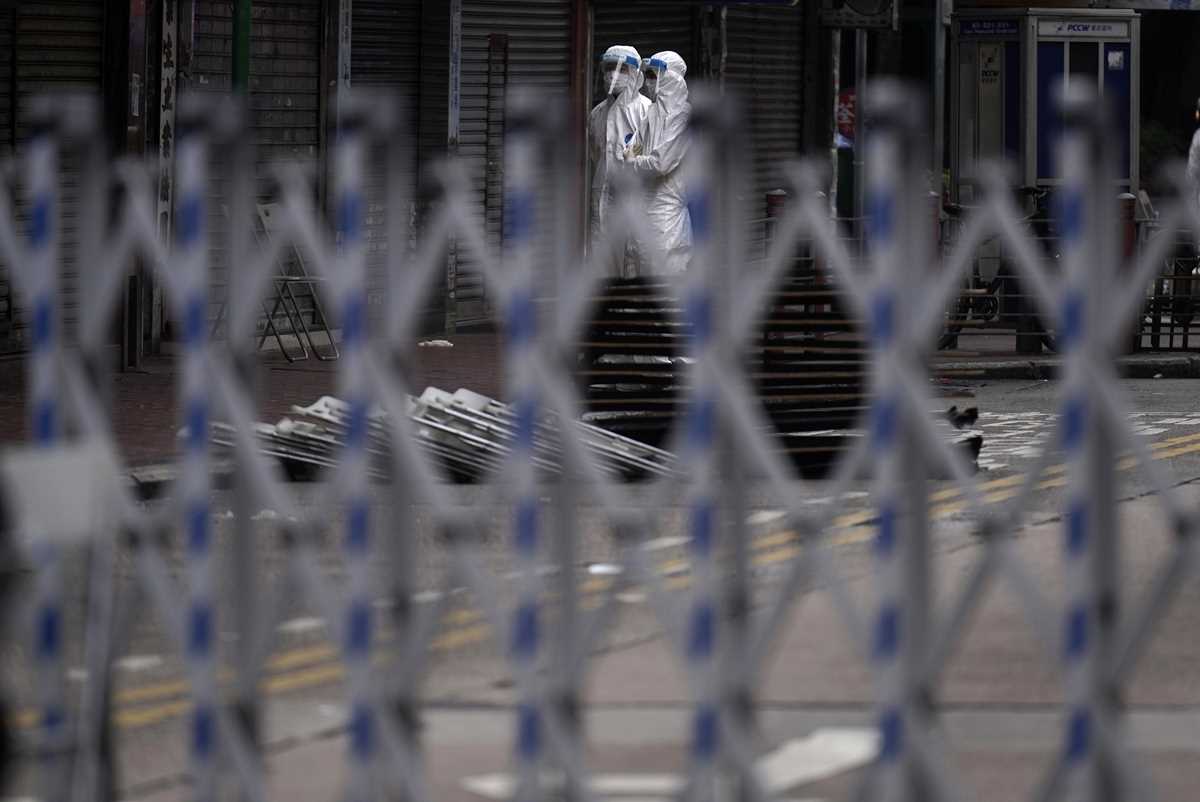 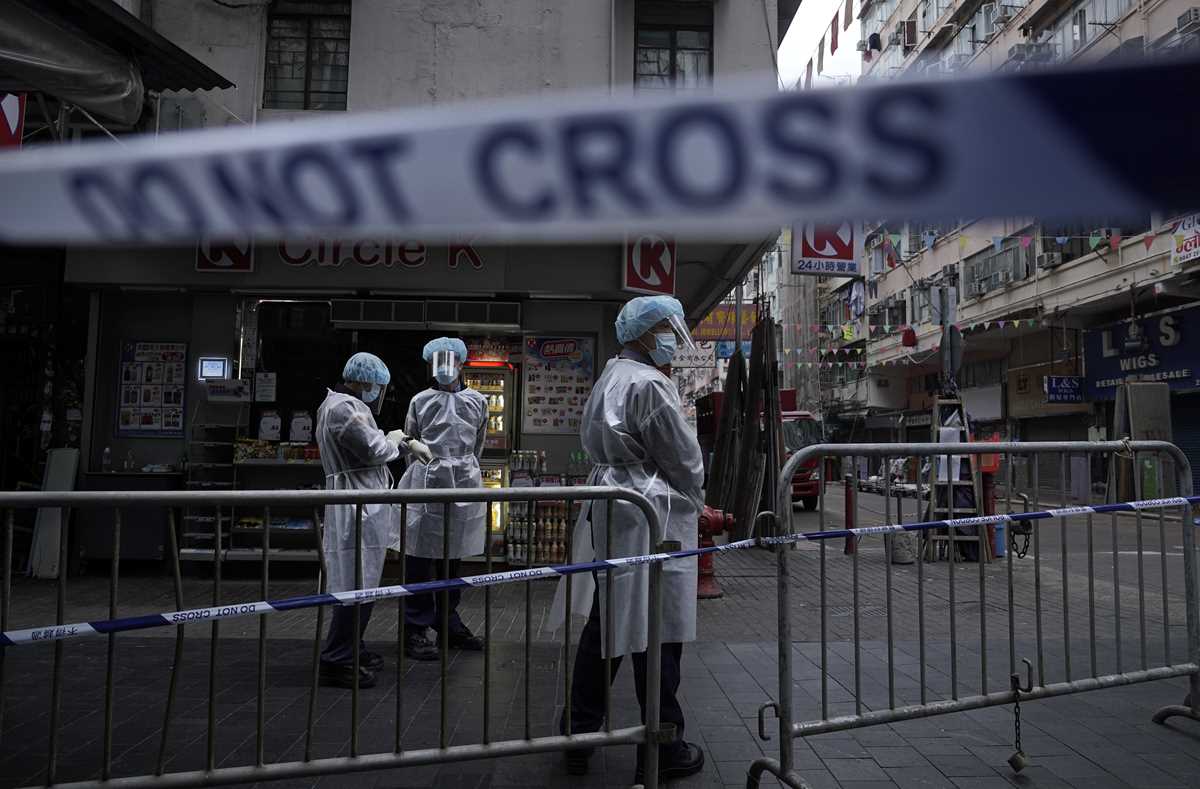 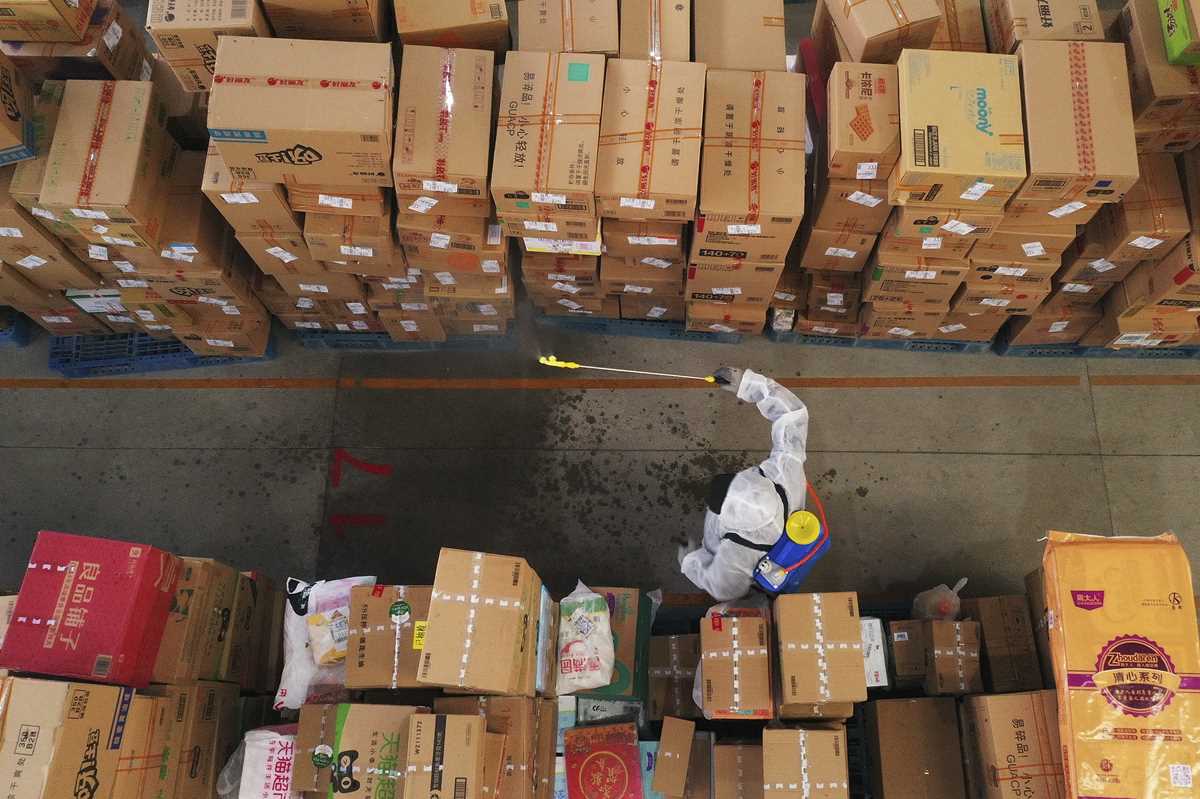 In this photo released by Xinhua News Agency, a worker wearing a protective suit sprays disinfectant the goods at a logistic distribution center in Shijiazhuang in north China’s Hebei province on Saturday, Jan. 23, 2021. A Chinese city has brought 2,600 temporary treatment rooms online as the country’s north battles new clusters of coronavirus. (Mu Yu/Xinhua via AP)

WELLINGTON, New Zealand (AP) — New Zealand has reported its first coronavirus case outside of a quarantine facility in more than two months, although there was no immediate evidence the virus was spreading in the community.

Director-General of Health Ashley Bloomfield said Sunday the case was a 56-year-old woman who recently returned from Europe.

Like other returning travelers, she spent 14 days in quarantine and twice tested negative before being returning home on Jan. 13. She later developed symptoms and tested positive.

He said health officials will conduct genome testing but are working under the assumption that the case is a more transmissible variant of the virus.

He said they are investigating to see whether its possible she caught the disease from another returning traveler who was staying in the same quarantine facility.

New Zealand has eliminated community transmission of the virus, at least for now. Bloomfield said officials are ramping up contact tracing and testing efforts and hope to have more information about the case in the coming days.

Elsewhere in the Asia-Pacific region:

— A Chinese city has completed 2,600 temporary treatment rooms as the country’s north battles new clusters of the coronavirus. The single-occupancy rooms in the city of Nangong in Hebei province just outside Beijing are each equipped with their own heaters, toilets, showers and other amenities, the official Xinhua News Agency reported. Special attention has been paid to Hebei because of its proximity to the capital and the province has locked down large areas to prevent further spread of the virus. The provincial capital Shijiazhung and the city of Xingtai, which encompasses Nangong, have been largely sealed off. Community isolation and large-scale testing have also been enforced. The National Health Commission on Sunday reported 19 additional cases in Hebei. The far northeastern province of Heilongjiang reported another 29 cases, linked partly to an outbreak at a meat processing plant. Beijing, where around 2 million residents have been ordered to undergo new testing, reported two new confirmed cases. China currently has 1,800 people being treated for COVID-19, 94 of them listed in serious condition, with another 1,017 being monitored in isolation for having tested positive for the virus without displaying symptoms.

7 Post-Inauguration Stocks to Buy For Under $20

There’s a new occupant (officially) at 1600 Pennsylvania Avenue and the stock market is doing its part to promote unity. The Dow shot to a record high on Inauguration Day. We don’t imagine the honeymoon will last long. However it serves as a reminder that investors are more interested in the “what” more than “what party” when it comes to the way it moves.

With that said, many investors are attempting to read the tea leaves of the nascent Biden administration. One of the challenges will be that many of the usual suspects such as the FAANG stocks remain popular, yet frighteningly expensive (in terms of share price).

Valuation is in the eye of the beholder. But some investors may be looking for low-priced stocks that can get them more bang for their buck. The good news is that there are many stocks that you can buy for under $20 that not only show impressive growth, but are leaning in to the macroeconomic issues that will be present during at least the early part of the Biden administration.

In this special presentation, we’re giving you seven of our picks for low-priced stocks you can buy for under $20 today. But take note, these stocks may easily be over $20 in the next few months.

View the “7 Post-Inauguration Stocks to Buy For Under $20”.

Looking Back at Bear Market 2020: The Timeless Lesson of One Year Ago Today

NZD/JPY Up 2 Pips On Hourly Chart, Outperforms All Forex; Came Into Today Up For the 5th Straight Day

Bernstein Liebhard LLP Announces that a Securities Class Action Lawsuit Has Been Filed Against Immunovant, Inc.

Looking Back at Bear Market 2020: The Timeless Lesson of One Year Ago Today

If you were invested in stocks last year at this

© Reuters. A woman selects food at a supermarket in