Residents wearing masks pass by government propaganda with slogans some of which read “Forever follow the Party” and “China’s Ethnicities One Family” in the city of Aksu in western China’s Xinjiang region on Thursday, March 18, 2021. China on Friday announced sanctions on British individuals and entities following the U.K.’s joining the EU and others in sanctioning Chinese officials accused of human rights abuses in the Xinjiang region. (AP Photo/Ng Han Guan) 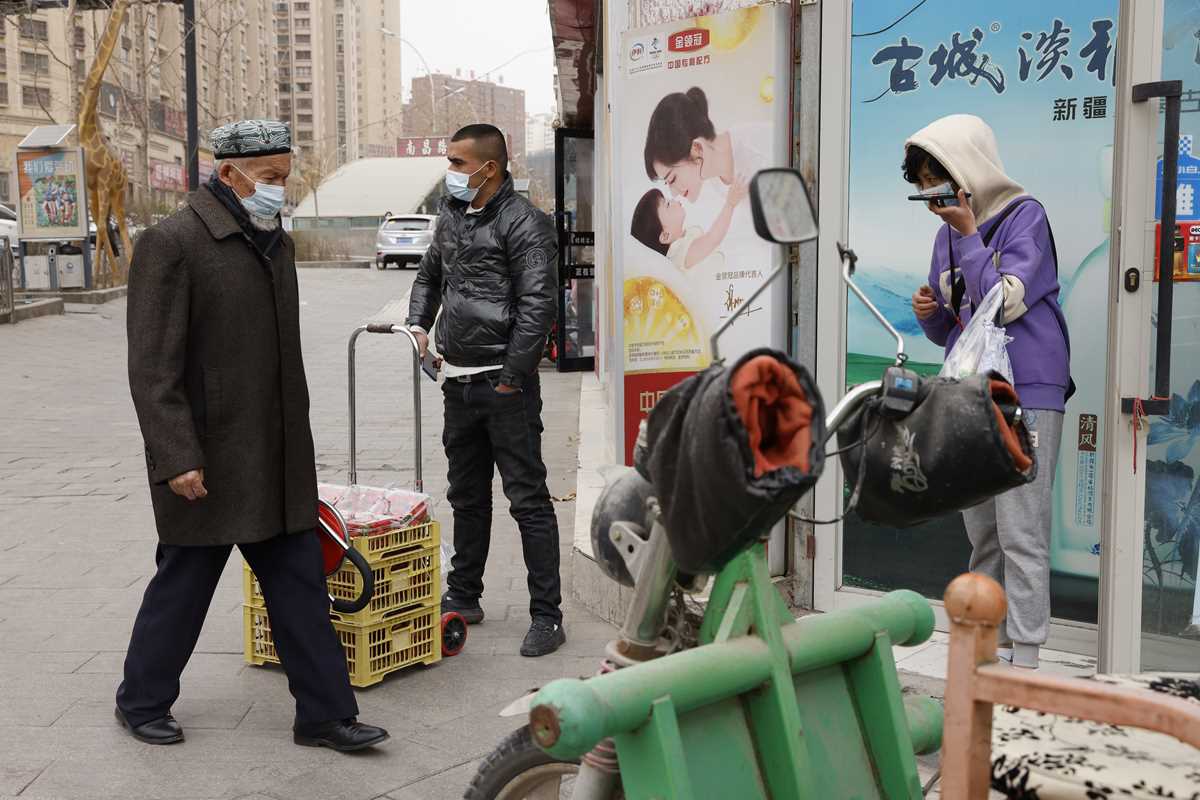 Residents wearing masks walk along the streets of Aksu in western China’s Xinjiang region on Thursday, March 18, 2021. China on Friday announced sanctions on British individuals and entities following the U.K.’s joining the EU and others in sanctioning Chinese officials accused of human rights abuses in the Xinjiang region. (AP Photo/Ng Han Guan) 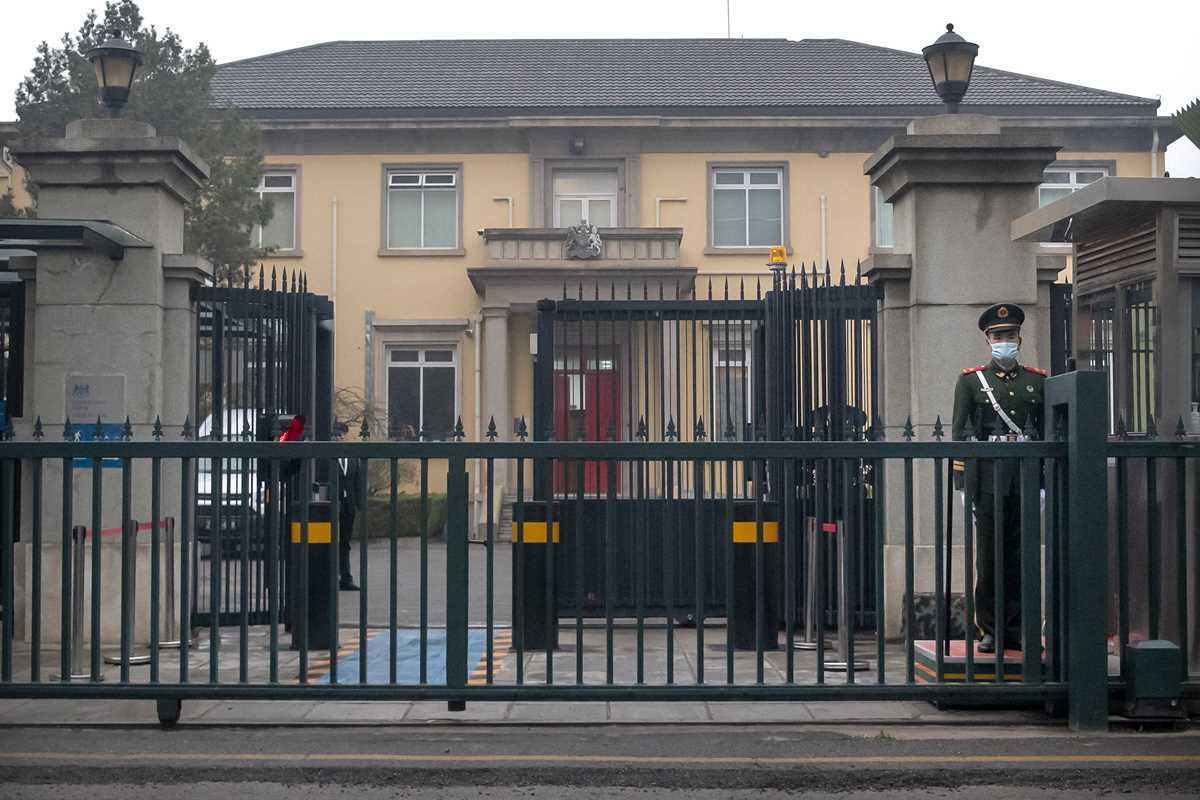 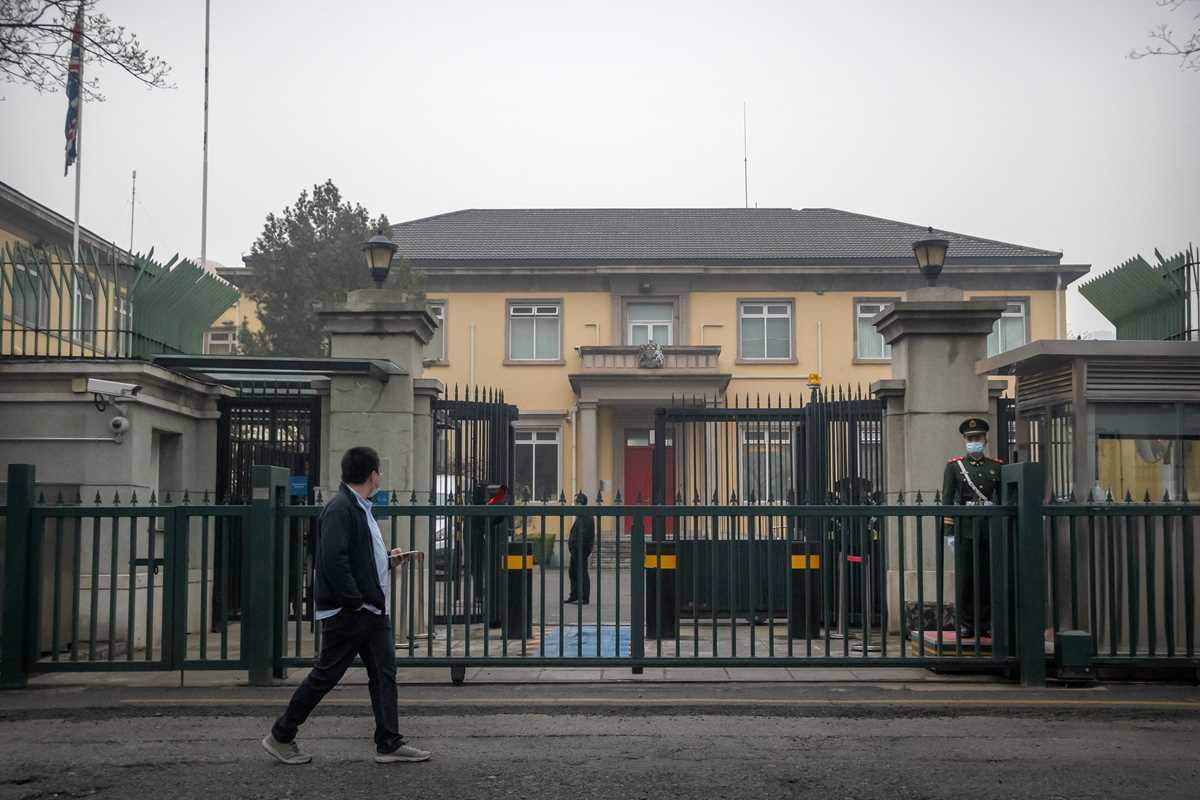 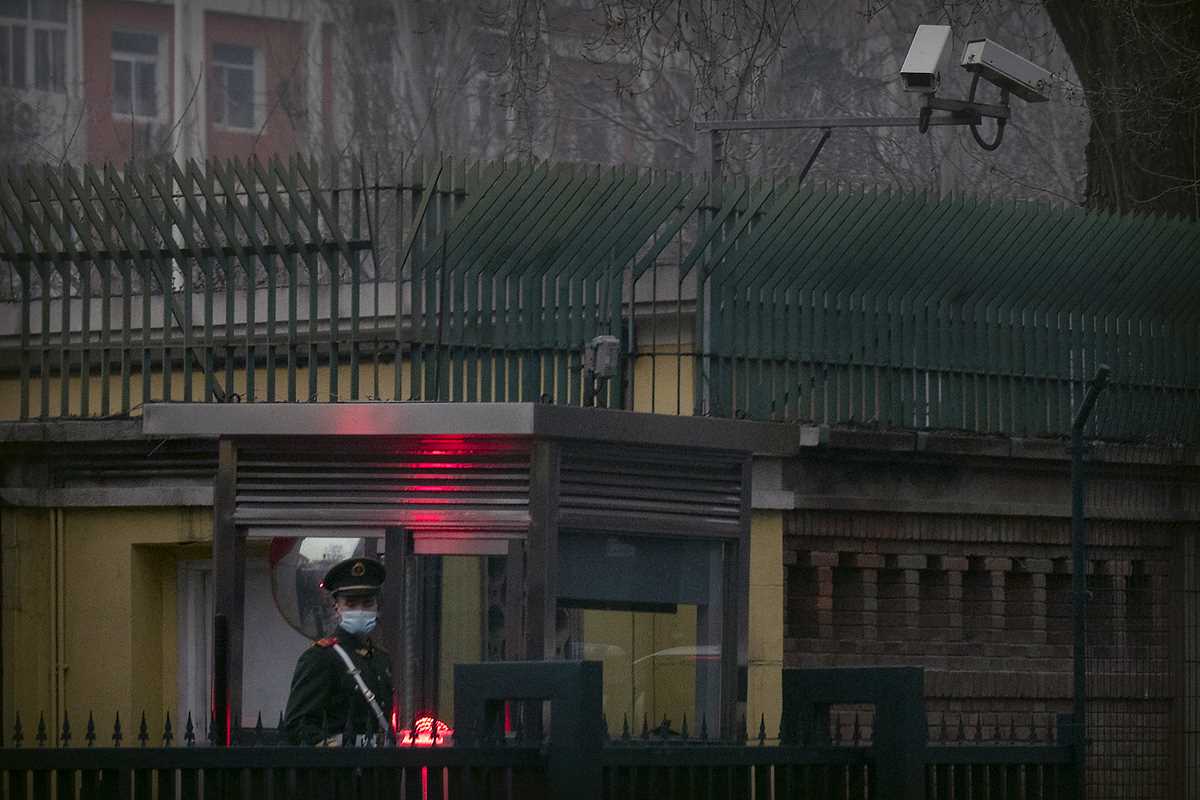 LONDON (AP) — China slapped sanctions on several British politicians and organizations Friday after the U.K. joined the European Union and others in sanctioning Chinese officials accused of human rights abuses in the Xinjiang region. The U.K. responded by accusing China of violating human rights on an “industrial scale.”

In the latest salvo in its full-bore response to Western criticism, China sanctioned four British institutions and nine individuals, including prominent lawmakers who have criticized the treatment of the Uyghur Muslim minority in Xinjiang. It said they would be barred from visiting Chinese territory and banned from having financial transactions with Chinese citizens and institutions.

“China does not stir up trouble, but China is not afraid when others do,” Yang Xiaoguang, China’s charge d’affaires in London, said at a news conference.

“China is not the first to shoot, neither will we be passive and submissive to threats from the outside,” he said. “Today’s world is not the world of 120 years ago. The Chinese people will not be bullied.”

“Freedom to speak out in opposition to abuse is fundamental and I stand firmly with them,” he tweeted.

The latest sanctions and the harsh tone of comments from Beijing officials reflect China’s increasingly tough diplomacy under nationalist leader Xi Jinping, who has pledged to uphold China’s interests at any cost. Over recent days, China has blocked already highly limited BBC broadcasts into the country and put two Canadians on trial in apparent retribution for that country’s detention of an executive of Chinese telecoms giant Huawei.

At a daily news briefing, Chinese Foreign Ministry spokesperson Hua Chunying accused the U.S., the U.K., allied nations and portions of the Western media of collaborating to subvert China’s unity and development.

“For a lengthy period of time, the U.S., U.K and others have felt free to say whatever they like without allowing others to do the same,” Hua said. Those days are over and the West will “have to gradually get used to it,” Hua said.

China has rejected all criticism over its policies in Xinjiang, along with its crackdown on opposition figures in Hong Kong and threats against Taiwan, the self-governing island democracy China claims as its own territory. It has shrugged off U.S. sanctions against officials accused of squelching democracy in Hong Kong and angrily denounced a British plan to offer a path to residency and citizenship to millions of citizens of its former colony.

British Foreign Secretary Dominic Raab said China’s sanctions were “not going to stop the British government from speaking up about the industrial-scale human rights abuses taking place in Xinjiang.”

He urged Chinese authorities to allow United Nations representatives into Xinjiang to “verify facts” if it wants to rebut claims of rights abuses. China says diplomats are welcome in the region but only under Beijing-imposed conditions.

Conservative lawmaker Tugendhat said the sanctions on British politicians were “a violation of our sovereignty.”

He said Britain wanted to to business with China but accused Xi and a “small cabal” of leading their country in the wrong direction.

“I really do want China’s voice in the world,” Tugendhat told The Associated Press. “But the reality is, Chairman Xi isn’t interested in that. What he’s interested in is his own pocket.”

Ghani, a Conservative member of Parliament who is of Muslim heritage, said she would not be intimidated by Beijing’s move, which she called “a wakeup call for all democratic countries and lawmakers.”

China’s sanctions are the latest move in an increasingly bitter row over Xinjiang, where Beijing is accused of detaining more than 1 million members of Uyghur and other Muslim minority groups, using forced labor and imposing coercive birth control measures.

Chinese state TV called Thursday for a boycott of Swedish retail chain H&M as Beijing lashed out at foreign clothing and footwear brands following Monday’s decision by the 27-nation European Union, the United States, Britain and Canada to impose travel and financial sanctions on four Chinese officials blamed for abuses in Xinjiang. Cotton and other agricultural products form a major component of the local economy in vast but thinly populated Xinjiang.

Companies ranging from Nike to Burberry that have well-established presences in China were also targeted online, with some Chinese celebrities saying they were severing endorsement deals.

7 Stocks to Watch When Student Debt Forgiveness Gets Passed

Now that the Biden administration is fully in charge, student debt forgiveness has moved to the front burner. Consider these numbers. There is an estimated $1.7 trillion in student debt. The average student carries approximately $30,000 in student loans.

If $10,000 of student debt were to be canceled, there are estimates that one-third of borrowers (between 15 million to 16.3 million) would become debt-free. Of course, if the number hits $50,000 as some lawmakers are suggesting the impact would even greater.

Putting aside personal thoughts on the wisdom of pursuing this path, it has the potential to unleash a substantial stimulus into the economy.

And as an investor, it’s fair to ask where that money would go. After all, there’s no harm in having investors profit from this stimulus as well.

A counter-argument is that the absence of one monthly payment may not provide enough money to make an impact. However, Senator Elizabeth Warren referred to the effect student loans have in preventing many in the millennial and Gen-Z generations from pursuing big picture life goals such as buying a house, starting a business, or starting a family.

With that in mind, we’ve put together this special presentation that looks at 7 stocks that are likely to benefit if borrowers are set free from the burden of student loans.

View the “7 Stocks to Watch When Student Debt Forgiveness Gets Passed”.