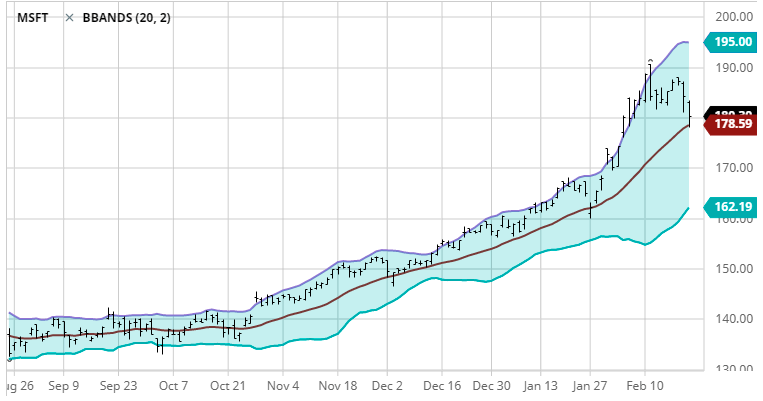 Bollinger Bands also help determine overbought and oversold markets. When prices move closer to the upper band, the market is becoming overbought, and as the prices move closer to the lower band, the market is becoming oversold. The market’s price momentum should also be taken into account. When a market enters an overbought or oversold area, it may become even more so before it reverses. You should always look for evidence of price weakening or strengthening before anticipating a market reversal.

Bollinger Bands can be applied to any type of chart, although this study works best with daily and weekly charts. When applied to a weekly chart, the Bands carry more significance for long-term market changes.