I’ll start with some good news. Independent exploration and production company Marathon Oil (NYSE:MRO) reinstated its dividend this month. The payout — suspended during the energy collapse earlier this year — will be payable Dec. 10 to MRO stock holders of record on Nov. 18.

While the payout is modest at 3 cents per quarter, down from 5 cents pre-pandemic, it’s still a major demonstration of confidence by management. You don’t initiate a new dividend unless you’re confident that you’ll have the cash flows to continue paying it.

But is management’s confidence deserved, or are they delusional? After all, Marathon Oil is an exploration and development company attempting to compete in a massively oversupplied market with long-term headwinds to recovery.

Marathon is primarily a play on U.S. domestic energy production. It has operations in the Eagle Ford (Texas), the Bakken (North Dakota), and the Permian Basin (New Mexico), among others, and also has operations in Equatorial Guinea in Africa.

According to management, Marathon breaks even with crude oil prices around $35 per barrel. At time of writing, a barrel of West Texas Intermediate trades for about $40 per barrel, so the company is cash flowing again. Yet interestingly, the stock price hasn’t moved much.

In fact, Marathon’s share price has been trending lower since June, even while the price of crude oil has remained relatively constant over that period. So, either Mr. Market takes management’s enthusiasm with a major grain of salt, or faith is a little thin that crude prices will hold here. Prices have been stable for the past few months only because Saudi Arabia decided to end its price war on Russia and the United States. That could turn on a dime.

Furthermore, while there is a feeling stateside that the novel coronavirus pandemic is reaching the end of the line, that doesn’t exactly line up with reality. Eli Lilly and Johnson & Johnson paused their respective vaccine clinical trials, and Europe is in the midst of a nasty second wave of infections. Italy just reported its highest number of new cases since March, and the Netherlands and UK are reinstating partial lockdowns.

We all know what happened in the spring, with the wholesale shut down of national economies. Demand for energy plummeted, which culminated with negative oil prices.

We probably won’t see that again. There isn’t a lot of political appetite for strict national lockdowns, but anything that delays the normalization of the economy is bearish for energy prices. And for a company barely breaking even, that’s a problem.

Worth the Risk … at the Right Price

Ok, so Marathon’s position is somewhat precarious. But at the right price, might it be worth the risk? Let’s take a look.

Marathon trades for just 0.85 times sales, which is about a third of the ratio of the S&P 500 index. 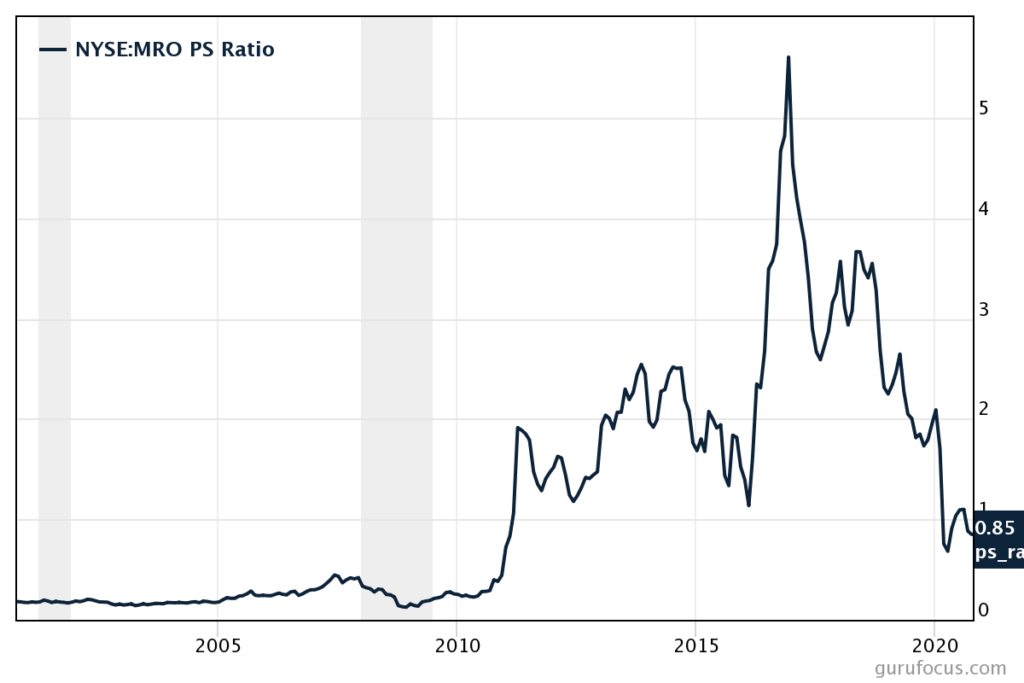 MRO stock also looks cheap based on tangible book value at just 0.31x. However, take that metric under caution since the current oversupply in the energy market makes it unclear who exactly would buy Marathon’s assets. Energy assets are only worth what a buyer is willing to pay for them, and with most of the industry in retrenchment mode, that’s likely not all that much. 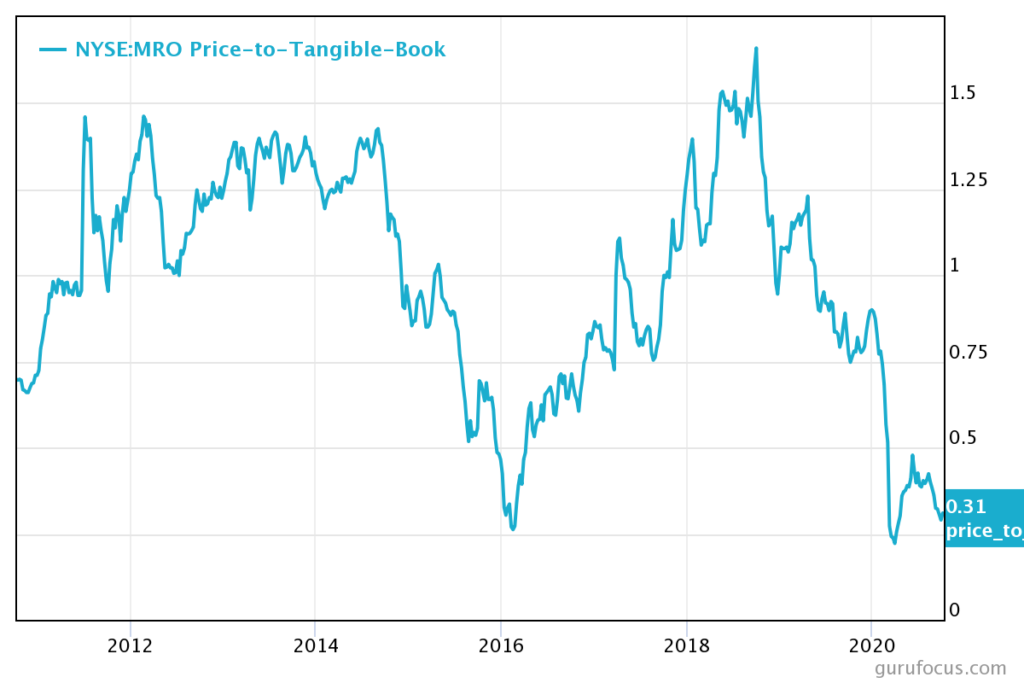 More fundamentally, while Marathon would appear to be cheap, there’s no obvious catalyst for it to stop being cheap other than a sustained improvement in oil prices. So, quite simply, it only makes sense to buy Marathon if you believe that the price of crude oil trends higher from here.

That could happen, of course. But it’s not a bet I’m willing to take.

On the date of publication, Charles Sizemore did not have (either directly or indirectly) any positions in any of the securities mentioned in this article.

TFSA Investors: Become a Millennial Millionaire With This 1 Trick

IBM's Dividend Is A Sinking Ship